Why Project Valerie Is the Next Big Step in Gaming Technology

In the gaming world, there are two types of gaming enthusiasts-PC and console gamer. But there is another thing that separates PC gamers in classes, the preference to play on a desktop or a laptop. For all of you laptop gaming lovers there is a new toy in the stores coming this year. Razer’s Project Valerie features the first triple display gaming laptop.

Before you start googling for a price, keep in mind that Razer’s project Valeria is still in development and the prototype that was reviewed is far from a finished product. This is a big step for Razer and their original concept of a gaming laptop. All other Razor gaming laptops were relatively thin and lightweight; this one will be a big heavier and thicker. This beast will consist of one regular 17-inch monitor and two extra monitors that will expand from the base of the original one.

Besides the fact that this is the hottest gaming laptop on the market let’s look at the specifics. Each display including the primary measures 17.3 inches, more than we expect from a gaming laptop. GeForce 1080 graphic card powers the project, but that’s not all. It supports the NVIDIA Surround View to a resolution up to 1152 x 2160 for an unforgettable gaming experience.

Multitasking Brought to Another level

If you are using your laptop for other things than just playing games, you’ll be pleased to learn that triple display system supports your multitasking needs. This means that you will be able to use each monitor individually as well as a triple display system. This brings so many options to using a gaming laptop such as this one. It’s quite compact considering that there are three monitors embedded in the display area. It’s 1.5 inches thick, so you’ll easily squeeze it in your laptop bag, and being that it weighs around 12 pounds, you’ll be able to bring it with you wherever you go.  The reason why project Valerie will change gaming as we know it is that it will push their competition into making similar bold moves and bring inventions into gaming experience as we’ve never seen before. It’s as simple as that, once a particular company releases something new, their competition’s goal is to do better and go even further in design. 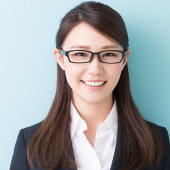 What Offline Android Games To Play?